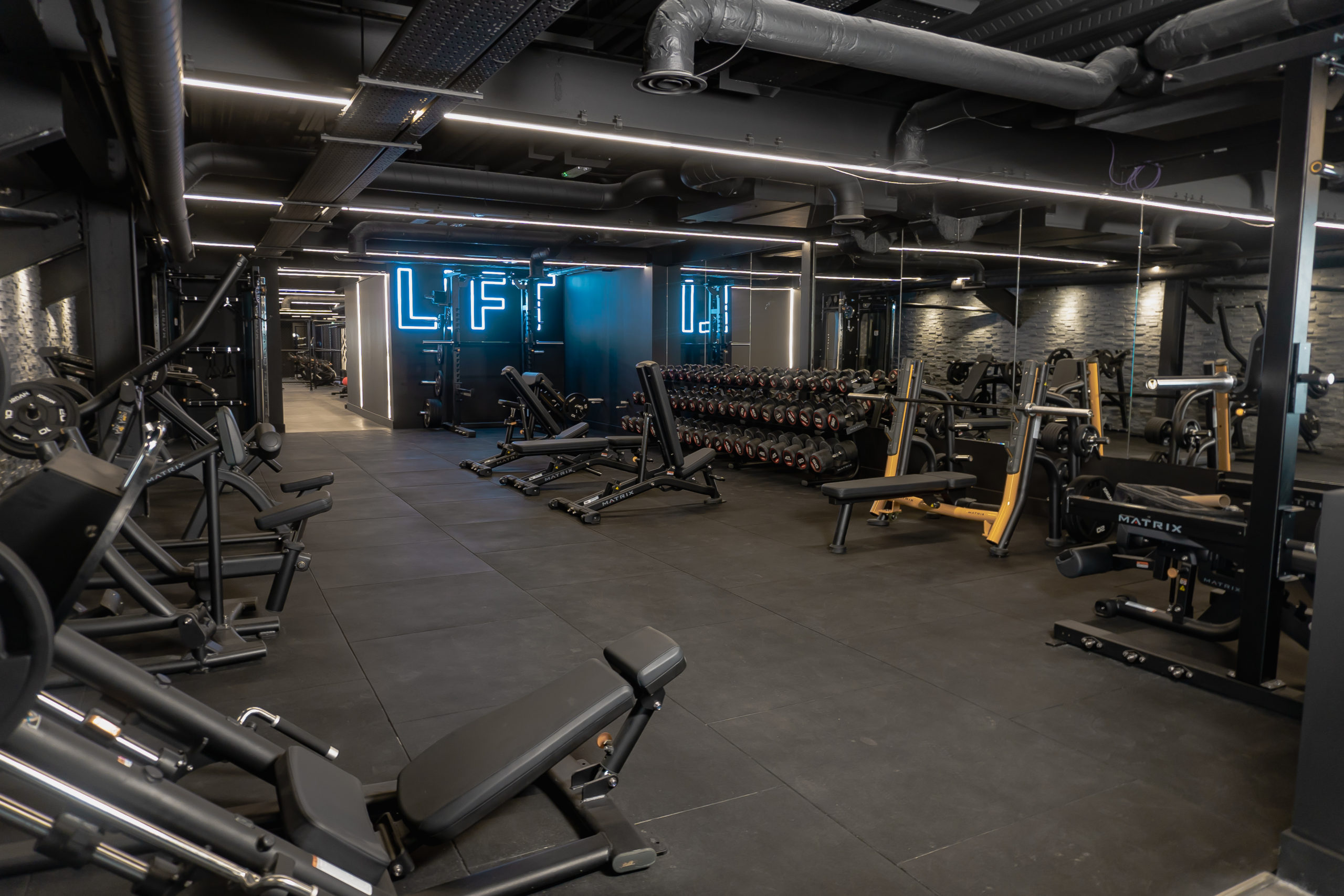 Players at Macclesfield FC enjoyed a speedy win thanks to the help of F. Ball and Co. Ltd.’s recently launched Styccobond F58 PLUS. The ‘no time to wait’ adhesive made quick work of the installation of Luxury Vinyl Tiles (LVTs) and rubber floorcoverings as part of the creation of a new state-of-the-art gym at the Leasing.com stadium, resulting in a stunning workout facility for the team and local community.

Developed as a ‘transitional adhesive’, Styccobond F58 PLUS transitions from a wet-lay state when initially applied to the subfloor, through a tacky semi-wet stage to become fully pressure sensitive. The fast-drying formulation enables LVT tiles and planks to be secured from just five minutes following application of the adhesive. When used as a wet-lay adhesive, it is also suitable for adhering rubber floorcoverings up to 2.5mm thick.

Part of a major upgrade of the stadium, comprising a new pitch, bar and reception, the Stealth Gym has 600m2 of floorspace. Spread over two floors of the Moss Lane stand, athletes working out upstairs are able to enjoy views of the Silkmen’s playing field.

Once the waterproof surface membrane had cured, the surface was primed using F. Ball’s Stopgap P141 primer for non-absorbent surfaces before the company’s Stopgap Red Bag self-levelling compound was applied at a thickness of 3mm to provide a perfectly smooth base for floorcoverings.

Styccobond F58 PLUS was used to affix charcoal-grey, wood-effect Kährs Calder Herringbone LVTs to create a bold statement in the main weights, cardio and boxing rooms, and changing areas. Contractors were able to lay the floorcoverings into the adhesive from five minutes after its application and benefitted from the three hour extended open time, allowing large areas of adhesive to be applied in one application without risking late placement of the floorcovering. Further, fibres in the adhesive reduce the lateral movement of floorcoverings, whilst still allowing for their removal and repositioning as needed, helping to create the intricate design.

Throughout the gym, rubber floorcoverings were also installed at fitness stations, using the adhesive in its wet state, to provide a soft cushion underfoot for customers using the equipment.

Upstairs, contractors made necessary repairs, including filling day joints, before priming the subfloor, this time opting for Stopgap P131 general purpose primer. Though the first floor would not be exposed to rising damp, F. Ball technical representatives recommended a moisture management solution due to high RH readings and in line with British Standard (BS) code, so contractors applied Stopgap F78 waterproof surface membrane. Once cured, Stopgap Red Bag self-levelling compound was again used to create a base for subsequently installed LVTs, completing a premier workout area for strength and resistance and cardio machines.

David Harris, Managing Director at KH Flooring Ltd., said: “F. Ball recommended their new Styccobond F58 PLUS and it was on top form. It was a great product to work with, and we didn’t have to work up a sweat – we’ll leave that to the players. Using just one adhesive to install both LVTs and rubber tiles saved both time and money.”